The forehead and eyebrows are one of the most important regions of the face, since the eyes and eyebrows are a primary area of focus during conversation and even in photographs. A more rested appearance and a more ‘open’ eye is highly desirable. Females have a naturally arched eyebrow which can become too horizontal and flat with aging. This also leads to excess folds of skin in the upper eyelid and reduces the makeup platform. Browlifts can restore the natural look of these important features.

The eyebrow repositioning is accomplished with small incisions within the hair (no hair is shaved); and the eyebrow is primarily ‘lifted’ at the lateral/outside part of the eyebrow in order to achieve a natural look. Some ‘Hollywood’ stars have had unnatural brow lifts due to the lack of attention to a natural curvature/flow to the eyebrows, which vary considerably between males and females. However, the use of new techniques and natural artistry will result in a normalization of the brow position and shapes and can be readily accomplished in our Facial And Laser Surgery Center.

Dr. Wittenberg uses the most effective techniques to restore the natural balance to the eyebrow and eyelid area; to rejuvenate the appearance naturally.

Please view our Before & After Gallery for Browlifts. 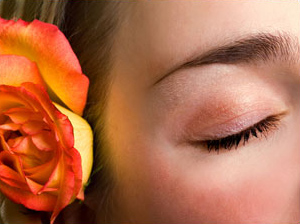 Dr. Wittenberg is unique in his training and experience in that he can improve the structure and contours of both the facial Bone tissues as well as the overlying Soft tissues. read more